Thank you for visiting Curtis Stokes Yacht Charters on the web. We look forward to hearing from you soon and giving you the personal service you deserve!

Please see below a Sample Islands of Greece Itinerary. This itinerary show highlights of attractions and activities available on your yacht charter. You may customize your trip to match your preferences. Contact Us for personal service and knowledge of this charter itinerary. 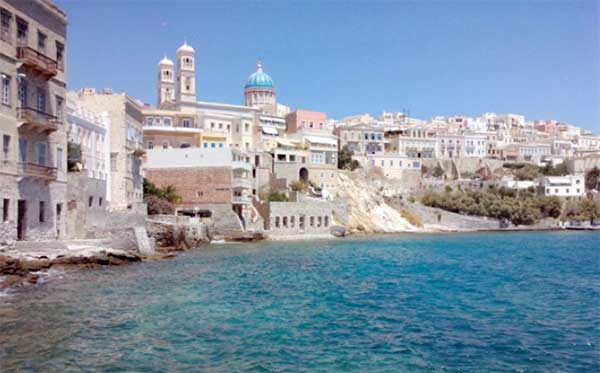 Day 1, KEA - An exceptionally picturesque island. On the south side of Nikolaos Bay - which was a pirate stronghold in the 13th century - is the little port of Korissia, built on the side of ancient Korissia. There are remains of the ancient town walls and a Sanctuary of Apollo. The famous lion - carved from the native rock in the 6th c. BCE - can be seen just north-east of Kea town. Another highlight is the beautiful anchorage of Poleis. Vourkari is a small bay with many traditional taverns, small shops and bars and is certainly worth a visit. 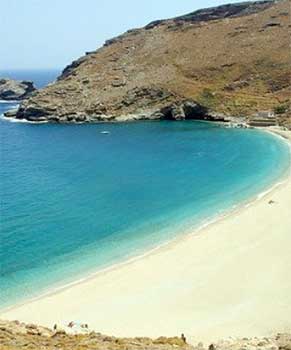 Day 2, Andros - The greenest island of the Cyclades. Andros is a very attractive island with some traditional and very picturesque villages. The fortified capital of the island is a real jewel which combines Venetian and Cycladic architecture, narrow stone paved alleys, arcades and bright colored flowers.

Day 3, SYROS - The capital of Cyclades group of islands. Its central situation makes it the principal centre of administration, commerce and fisheries in the Cyclades and a focal point of the shipping routes in the Central Aegean. For a sailing holiday there are several good bays to anchor: Varis in the south and Delfino, Megas Lakkos & Kini along the west coast. Syros is also famous for the local sweet named loukoumi, its traditional restaurants and the cultural events that take place every summer. 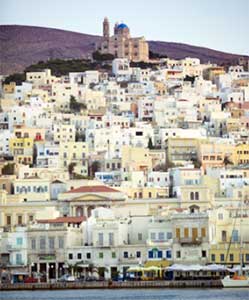 Day 4, MYKONOS - The most popular island of Cyclades Group, famous for the international jet set visitors and the celebrating atmosphere which is overarching the island. A very active night-life in combination with beautiful beaches and excellent restaurants. 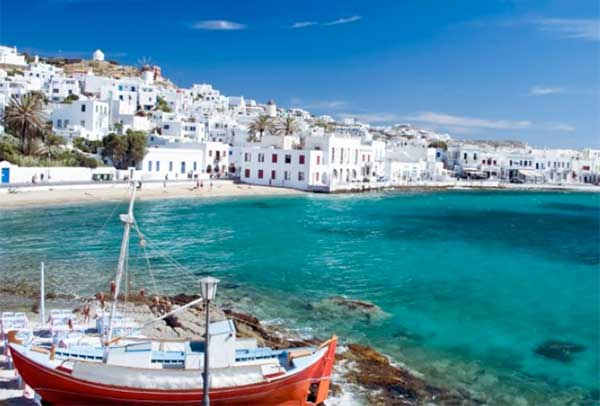 Chora, as the town of Mykonos is commonly known, casts its spell on the visitor with its beautiful position, scale and architecture. A little further, on a low hill, the windmills, having stood for centuries, compose a picture of unparalleled beauty in combination with red domes and bell towers of the countless churches.

The shores form gulfs that penetrate deeply into the lands. The most important gulfs are the one of the Panormou and of Ornou.

Day 5, RHINIA - DELOS - Rhinia is one of the small islands immediately southwest of the island of Mykonos in the Cyclades archipelago. It is a hilly and fairly dry island where you can find a couple of beautiful sandy beaches. Rhinia is located next to the all-important archaeological island of Delos. The channel between the two islands is about 100 meters. 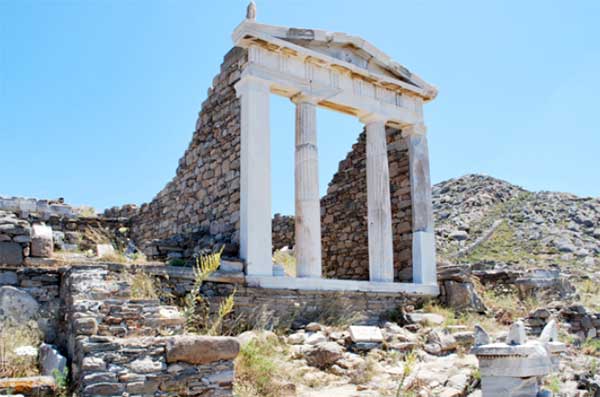 In the ancient times, the myth of god Apollo, god of light, and goddess Artemis having been born there rendered the island sacred: no mortal would ever be allowed to be born on its land. But, a cradle of gods as the island has been, no mortals would ever be allowed to die on it either. So, apart from it being a conspicuous religious and economic centre, the island had also been exclusive in that: even during the years of peak of the Delian Alliance, women on the brink of childbirth and people close to dying would be carried to the neighbouring island of Rhinia. 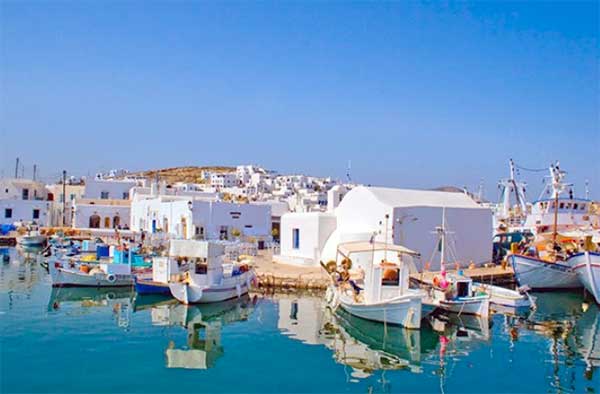 Day 6, PAROS - Considered as one of the most beautiful island of the Cyclades. Three bays cut deep inland - in the west the sheltered Paroikia Bay, with the island's capital that serves as the main sailing port. In the north the bay which shelters the little town of Naoussa, which in Roman times was the island's main port for the shipment of Lychnites marble; and in the east the flat Marmara bay. Paros is also known in Greece for its ideal weather conditions for windsurfing. 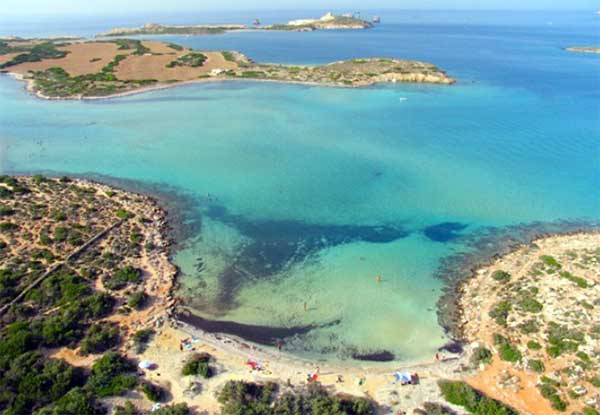 Day 6, ANTIPAROS - Antiparos is a small holiday paradise located southwest from Paros Islands in the Cyclades Islands of Greece. The calm cycladic landscape, with the scattered churches, the famous cave and the Enetic castle, is ideal for sightseeing. The variety of the coast, where golden sand beaches give way to small remote bays with blue-green waters, offers magical moments. 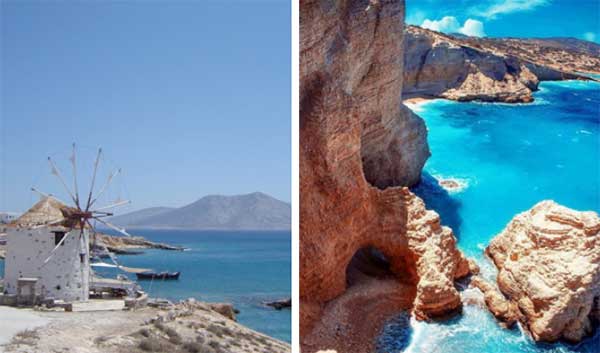 Day 7, KOUFONISIA - Situated to the south east of its more illustrious neighbor Naxos. Koufonisia are two islands separated by a 200 meters straight. The upper populated island is one of the smallest islands in Cyclades. In spite of it's size, Koufonisia does have several taverns and cafes together with some local art shops. You will find the meals in local hostelries of a high standard, with fish in plentiful supply courtesy of the home fleet. The island is small enough to walk around in the morning. Beaches are the big plus of Koufonisia. 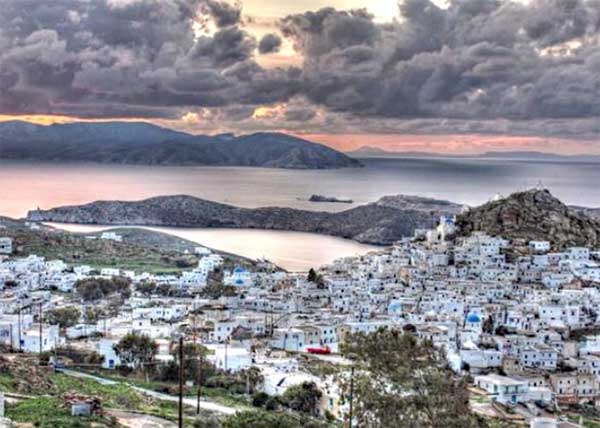 Day 8, IOS - A small island in the heart of the Cyclades. Ios is said to be the island of youth, where young people from all over the world meet and enjoy their summers. Ios is famous for its vivid nightlife with an uncountable number of bars, cafés, clubs and restaurants and for its beaches with crystal clear water.

The little port of Ios, with the domed Church of Saint Irini (17th c.) lies in a sheltered bay on the west coast of the island. One kilometer up the fertile Kato Kampos Valley, conspicuously and picturesquely situated on the hillside, is the chief place on the island.

Days 9-10, SANTORINI (THIRA) - Many reasons have made this island famous worldwide. Its great wines, the international and local cuisine but most of all, the villages which are situated on cliffs and offer breathtaking view over the submerged volcano. The island also has impressive beaches with the sand of your choice: black, red or white!

Thira together with the smaller islands of Thirasia and Aspro are part of a volcanic crater, which has been engulfed by the sea. In the center are the Kammeni islands, the cones of later volcanos, which came into being in historical times. Hot springs and emissions of gas bear witness to continuing volcanic activity. 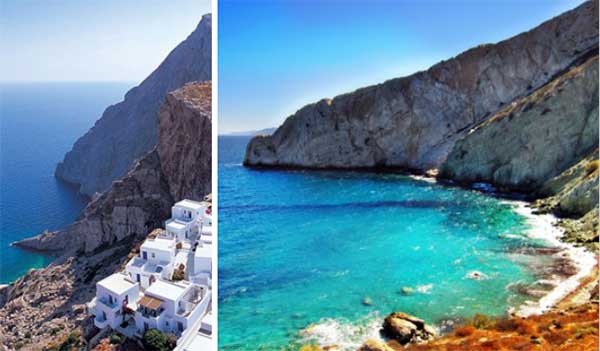 Days 10, FOLEGANDROS - A small and rocky island with wild beauty and a spectacular capital perched on a cliff with medieval dwellings. On a flat expanse above the pretty harbor of Karavostasi is Hora or Folegandros, which consists of two sections. In the old settlement in the Kastro area, the outer walls of the houses form the sort of defensive precinct to be found elsewhere in the Cyclades. The new quarter is just as pretty, with narrow alleys, stepped walls, courtyards, wooden balconies and typically Aegean churches. The finest church on the island that of Our Lady, stands above a section of the ancient wall. 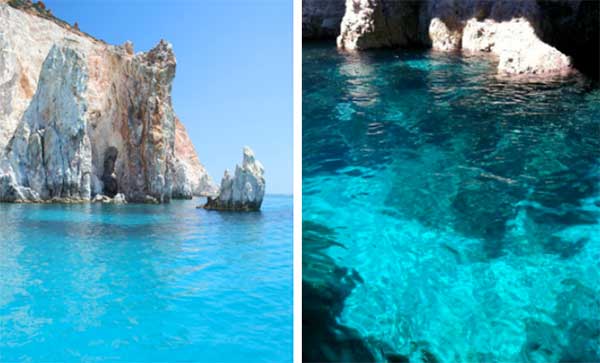 Days 11, POLYAIGOS - Next to the island of Kimolos you find the uninhabited island of Polyaigos which is 18 km2 in size. The name Polyaigos means "many goats, and these are also the only inhabitants of the island. Polyaigos belongs to the municipality of Kimolos, which is at a 2 km distance. The island has two mountains (Stroggylo 330 meters high and Psilo Vouno 370 meters high). The island is mostly owned by Greek Orthodox church that rents land to shepherds in Milos and Kimolos. 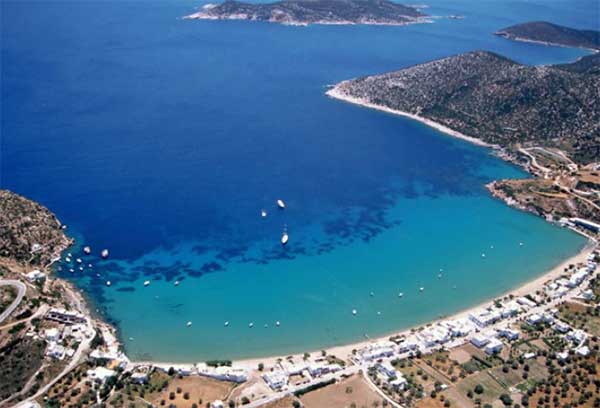 Days 12, SIFNOS - The principal port on Sifnos is Kamares, which is very well sheltered. From there, roads lead to the must-see places along the coast. There are also many beautiful anchorages and should really be visited by boat. The medieval village of Kastro - with remnants of its ancient walls - but also the bays of Faros, Vathi and Platis Gialos are absolutely worth exploring: translucent turquoise water, combined with good taverns. The best restaurants can be found in Apollonia. 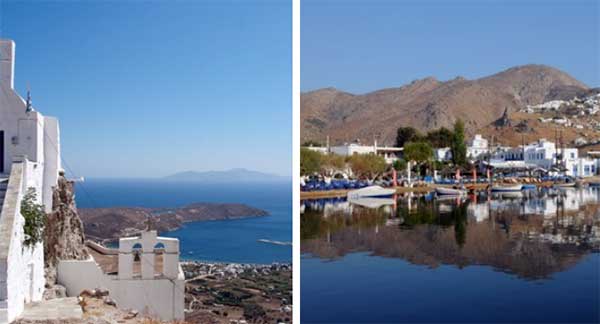 Days 13, SERIFOS - is an island renowned for its excellent food and relaxed atmosphere. Most of the anchorages in the south are now used by fish farms. Moreover, apart from Livadi and the Monastery of the Taxiarchs in the north, there is much to be seen. Its highest point is Mount Tourlos with 483 m. The island's main sources of income are its modest agriculture and its open-cast iron mines, which have been worked since ancient times. 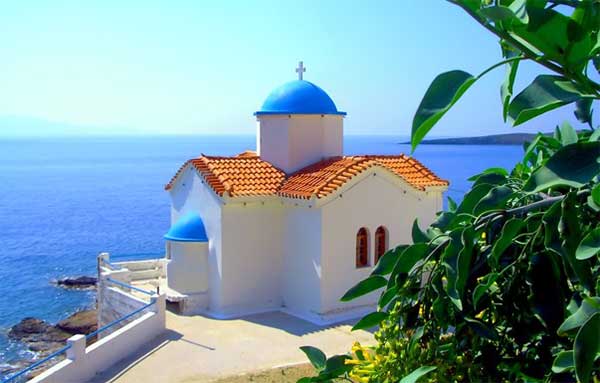 Days 14, KYTHNOS - An unspoiled island. The coast is much indented - with many beautiful anchorages and ports - and for the most part falls steeply down to the sea. The two charming inland villages, Chora (Kythnos town) and the lively little Dryopis, can best be visited by scooter or bike.

The two main ports are Merichas and Loutra. Merichas - only minutes sailing away from the oddly shaped Sandbar Bay - is the smaller of the two. Loutra on the north-east has a new harbor providing the best protection from the Meltemi on the island. The beach of Kolona is basically a narrow strip of land that connects Kythnos to the islet of Agios Loukas. However, it has a particular charm, partly due to its fine, golden sand and the sea lapping at both of its sides. 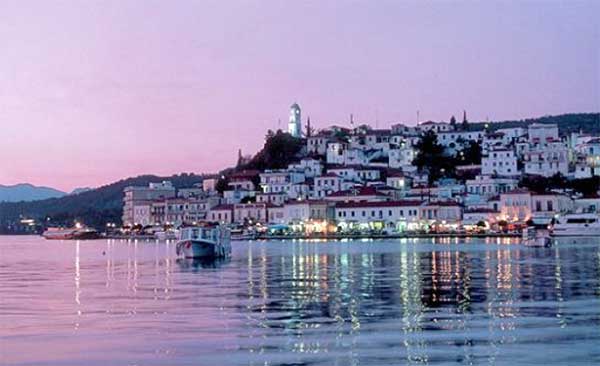 Days 14, POROS - A beautiful green island, laying at the southwest the Saronic Gulf and opposite to Argolida in Peloponnese. Poros consists of two smaller islands, connected by a bridge, Sferia, a small rocky island and Kalavria, a larger island with green hills and beautiful coastlines. Its main town and port of the island is built in amphitheater form on the slopes of a hill. Along the port there are a lot of cafeterias, restaurants, tourist shops and many bars with foreign or Greek music. At the center of the town is worth visiting the Archaeological museum and the island's trademark the "clock-tower". Do visit the famous lemon forest which stands opposite on the coast of the Peloponnese and the temple of Poseidon. 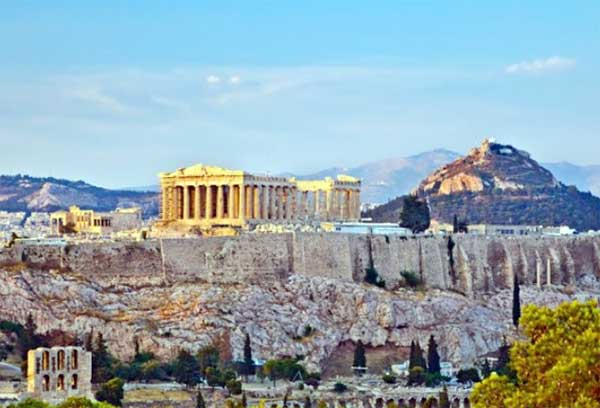 Days 14, ATHENS - The Capital of Greece. Within the sprawling city of Athens it is easy to imagine the golden age of Greece when Pericles had the Parthenon (the most eminent monument of the ancient Greek architecture) built. Athens is built around the Acropolis and the pinnacled crag of Mt. Lycabettus, which the goddess Athena was said to have dropped from the heavens as a bulwark to defend the city. The suburbs have covered the barren plain in all directions and the city is packed with lively taverns and bustling shops.

Contact Us for more information for this itinerary and to book your vacation yacht.